by V.Sexion / Remix by Ezequiel Sanchez 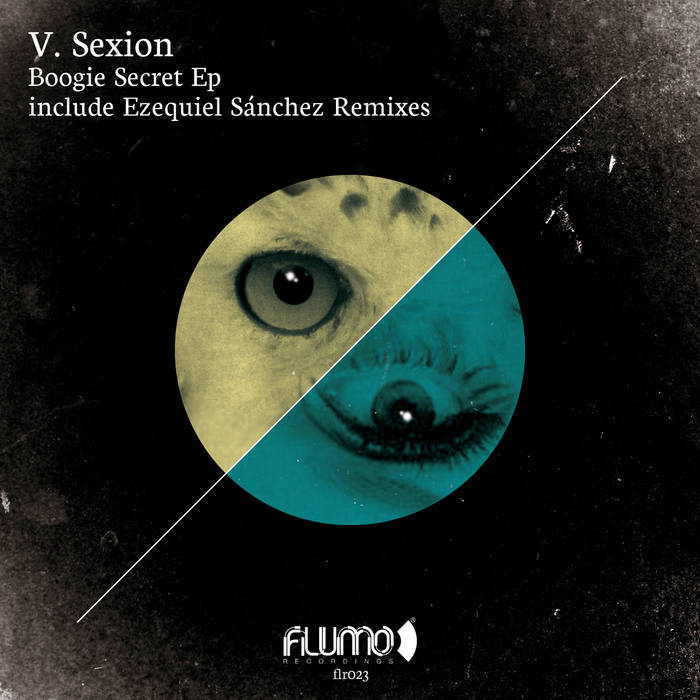 Without further delay we shot fire with ʻBoogie Secretʼ. Bullets necessarily pointing to a dancefloor which will came to life after the smart shooting. Tech-funk with tribal seasoning and a superb bass line, in perfect matching with a heavy acid groove, are the ammunition of our mighty Athenian sniper. Quite evocative is the modernist and haunting ʻShoutʼ. Works of the finest trade surrounds this calling which could be perfectly part of the solemn battle among sonic arts where the drums, more than warrior-like, resound unrestrained, very far from convention and confinement.

Our friend Vasillis seems ready, to our pleasure, to create the reveries of a lost civilization like ancient Atlantis. You might tell by the delicious ʻReactʼ. A majestic and soft present of underwater dub. Sunglasses are included in this enjoyable diving.

Gauzy and minimal in the tailoring of its components, but at the same time super elegant and addictive in its formats, is the ʻDom Domʼ remix by Ezequiel Sánchez, author of masterpieces for Shitkatapult, Flumo Limited, or Nordik Net.