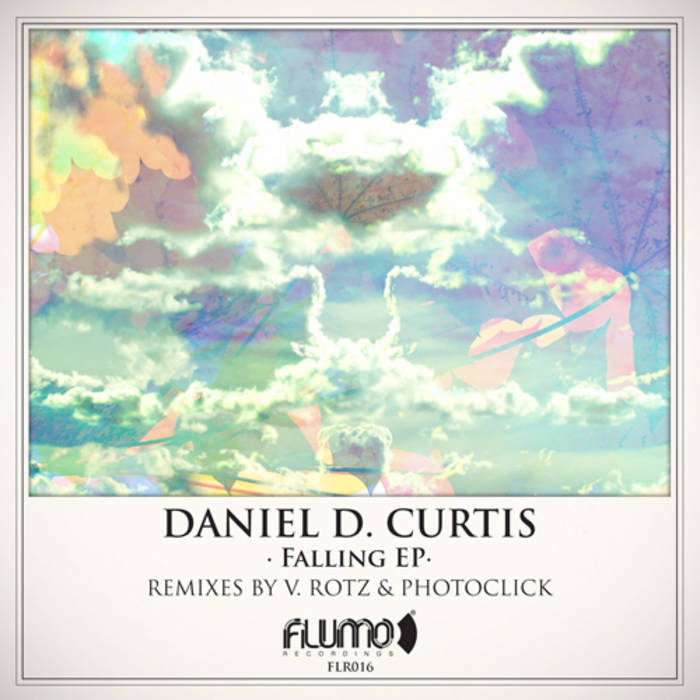 Greatly welcomed in our Flumo Recordings catalogue the debut of this young artist who, no doubt about it, will trigger hearts attacks with his personal creations. Daniel D.Curtis is a pseudo-beginner siring sonorous landscapes. His label, Playtracks also deserves special mention: settled in Germany, it treasures a catalogue for dancefloor electronic lovers, both elevated and subterranean essences.

Playtracks 007 is a grandiose gem which bears his name. Opening this Falling EP we found Pattern 1. Cosmic acid seems to be the carpet where the composition spreads into a deliciously irreverent exercise of playful freak tech soul. For us, it is something unbeatable, just to squeeze the main floor towards a sideral boiling point. Blacksheep on Greengrass is an atmopheric, hypnotic track where Daniel masterly rounds the sounds, which by his touch, grow in the musical unconscious since the holy trinity of Detroit started everything. Timelessness takes a walk or it is smoked by our lucky, long black haired friends High Tech Bomb!!

V.Rotz is in charge of remodelling Pattern 1, and we are so glad for it. He continues his rocket-like shot to the top for labels such as Nordik Net, Flumo Recordings and Neovinyl; and at the same time he prepares some stuff for Inmigrant, Diaphan and Losing Sucki (a sublabel of mighty Hypercolour). In his neat remake, coordinates turn to a un tech funk of addictive tempo where acid and bass fuse to let pads and keyboards paint an irresitible atmosphere. Photoclick is that brilliant unclassifiable artist who has already worked for labels such as Miga, Fluidos, Flumo Recordings or Nordik Net, among others. In his remix of Pattern 1, even respecting the original essence and elements, he attains to put it close to a futurist deep-house where the groove slides softly. Caramelizing acid without cooking it.

Daniel D. Curtis, as it could not be otherway, seals this EP with a masterpiece of cosmic embroidery electronic so danceable or floatable. Is in this track where his broken soul dub transubstantiates into a magic frequencies oscillator, this simply majestical Radio Junky.